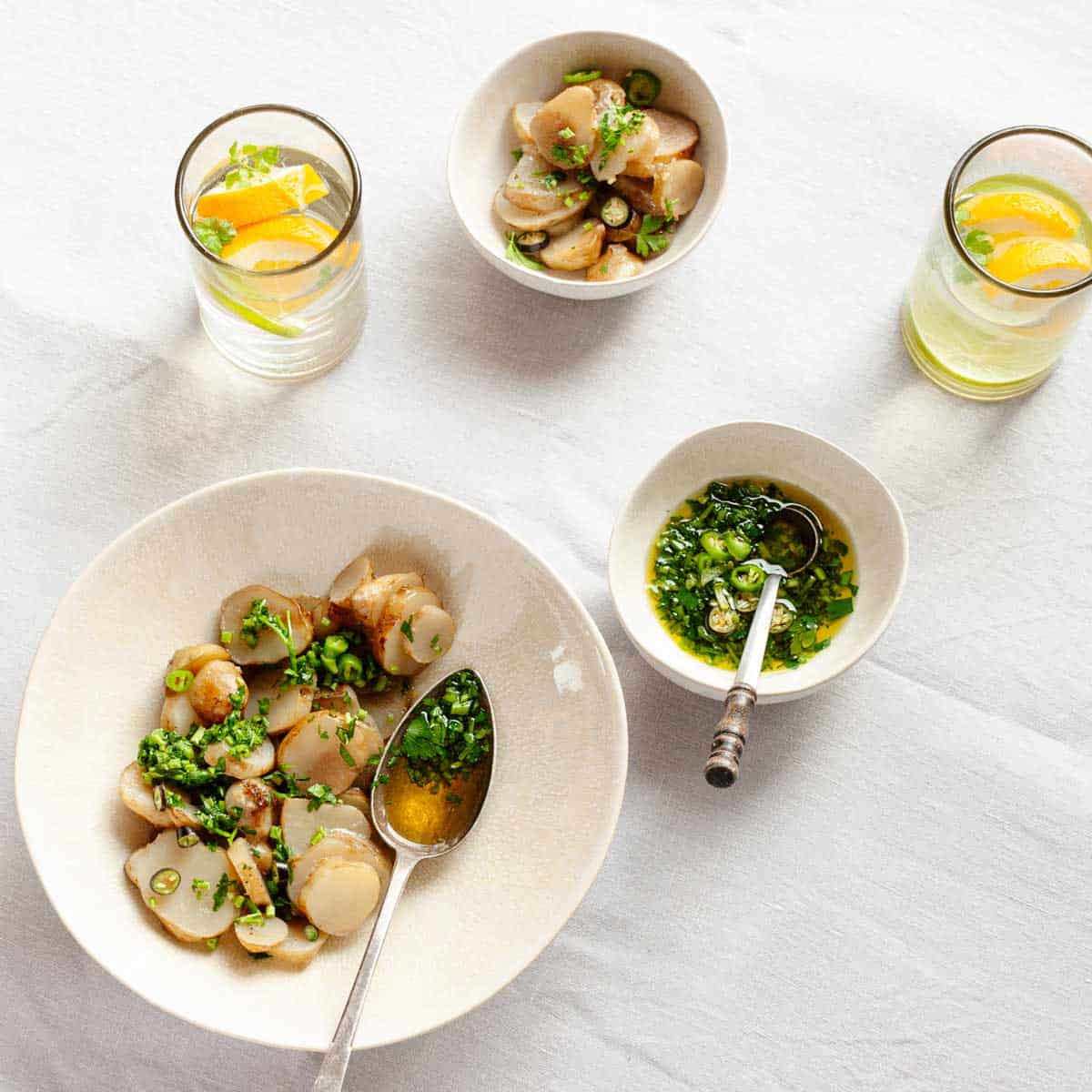 The crop that seafarers brought home to Europe from North America in the 17th century was once called an earth apple or earth artichoke (carciofi di terra). There it was soon displaced by the potato. Today, however, topinambur, also called Jerusalem artichokes, are once again highly valued – also in Italian cuisine.

Small tuber with a lot to offer

Jerusalem artichoke resembles ginger in appearance and artichokes in taste, although the small tubers are sweeter. They are considered beneficial to one’s health, contain a lot of inulin instead of other sugars, and are gluten-free. This makes them the ideal food for those who want or need to eat consciously. At the same time, inulin acts as a dietary fibre in the intestines and gets your digestion going. But it is important to know that those who are not used to Jerusalem artichokes may experience flatulence and should therefore season the tuber with a little asafoetida.

The spice asafoetida, also called asafetida or devil's dirt, is obtained from the resin of the shrub of the same name. Known in the Orient in ancient times as a gastro-intestinal remedy, the Romans then spread it throughout the Mediterranean and beyond. In Italian cooking tradition, the digestive spice is added to dishes with cabbage, legumes or Jerusalem artichokes to make them more digestible. The somewhat pungent odour for sensitive noses disappears in the course of cooking. Nevertheless, no more than a knife tip should be used.

Jerusalem artichokes are not demanding and grow in any garden. They bear beautiful yellow flowers on their tall stalks. However, the root tuber is a chore to peel. In Italy, for many dishes, they are just cleaned with water and a brush and then chopped. Since Jerusalem artichokes, like artichokes, discolour somewhat at the cutting edges, it is best to place them in lemon water. In this way, the tubers retain their colour. Incidentally, they got their melodious name of topinambur from the Brazilian Indian tribe of the Topinambá, which became known in France at about the same time as the tuber from the north of the continent. The two had nothing to do with each other. 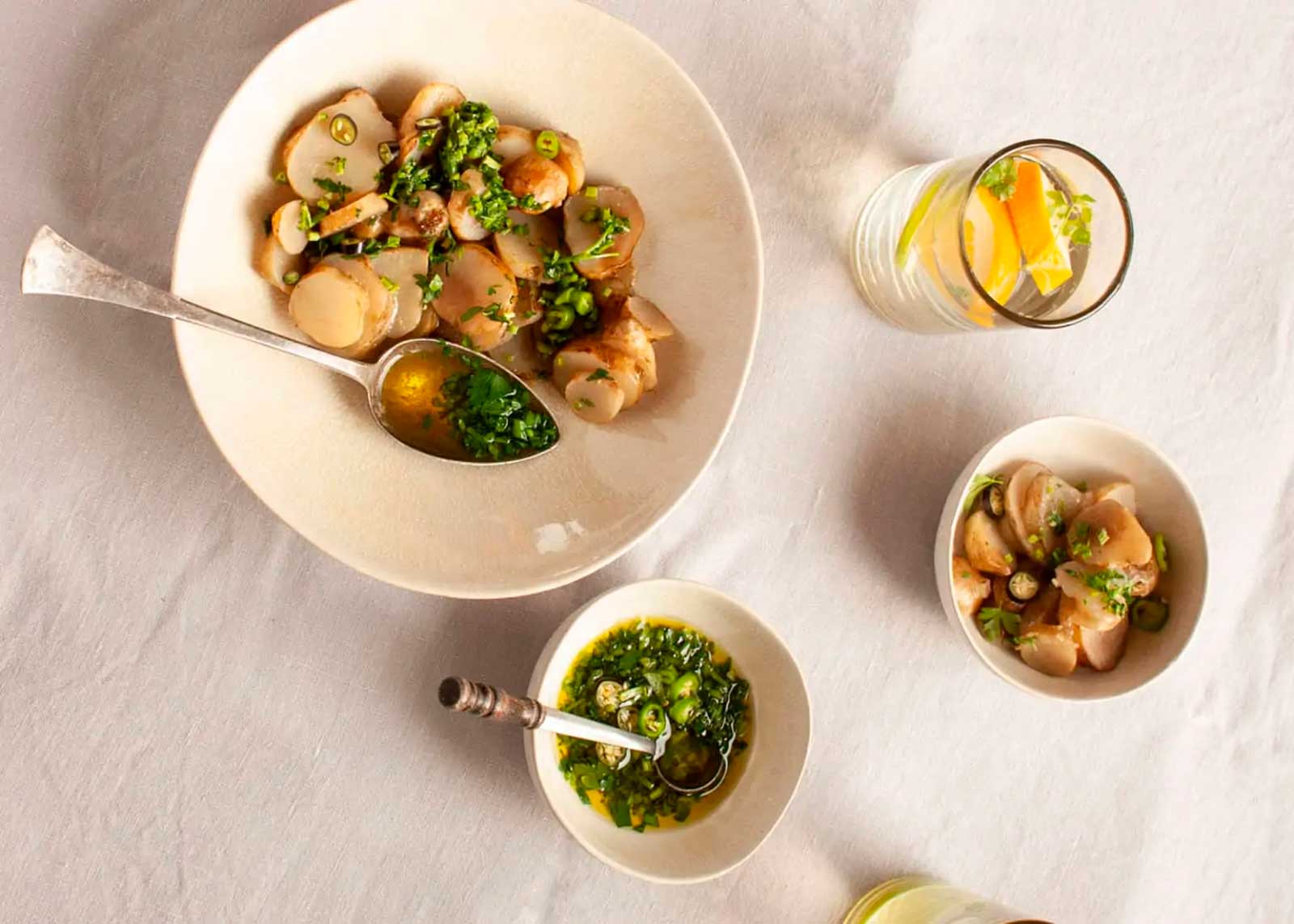