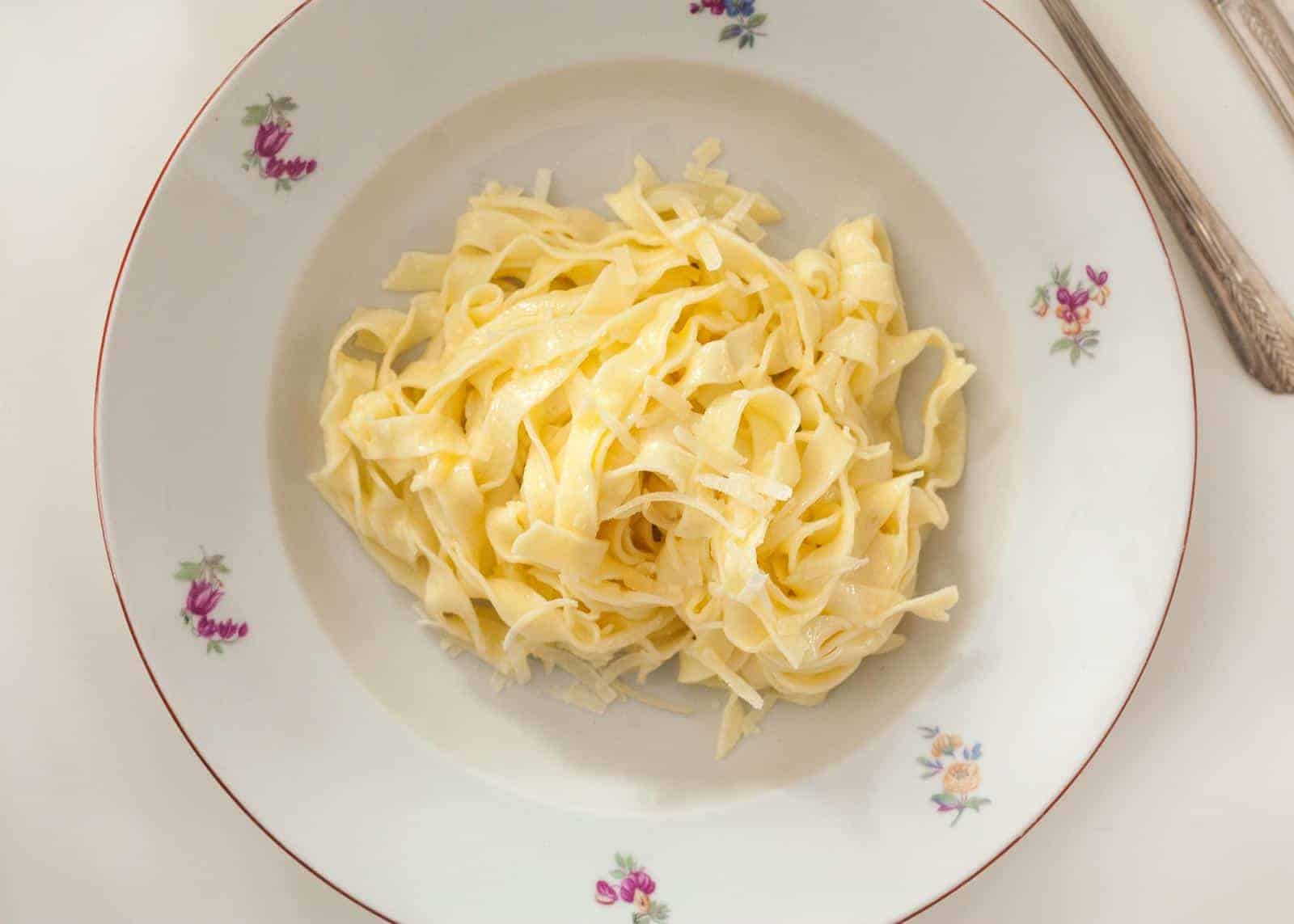 Is your fridge almost empty? And after the holidays, you’re craving a quick and simple dish? Then Fettuccine Alfredo is exactly what you need. In Italy, we like to serve this pasta dish with butter and Parmesan when somebody is weak or sick.

This simple pasta dish was first documented in Italy in the 13th century. In the following 800 years, the recipe itself has not changed much, only the name of the dish has. It gained a lot of attention in the 15th century when people called it Macceroni Romaneschi. Martino de’ Rossi even included the recipe in his famous Liber de arte coquinaria. Maestro Martino knew that butter was used to enhance the taste of dishes in northern Italy. He introduced this tradition to Rome, where he gained international recognition as a cook of the dignitaries of the Vatican.

Adding butter (or, for the sake of variety, olive oil) and Parmesan to pasta or rice was not only very popular among clerics at the end of the Middle Ages. Such dishes were, above all, served in hospitals. People believed that the dieta in bianco (a white diet) was particularly effective as a treatment for diseases:  the colour white symbolises lightness and purity. Whoever wanted to purify not only their soul but also their body trusted in the power of bianco.

This might have been on the mind of Alfredo di Lelio, who was the owner of a tavern in Via della Scola in Rome, when he prepared white pasta for his wife 500 years later. His wife had just given birth to a son and needed to regain her strength. Alfredo added more butter and cheese than for the usual pasta in bianco, and also decided to use egg pasta instead of durum wheat pasta. His wife was back on her feet and in the tavern in no time. When people asked what her secret was, she told them it was Alfredo’s delicious fettuccine dish – naturally, everyone wanted to try it. 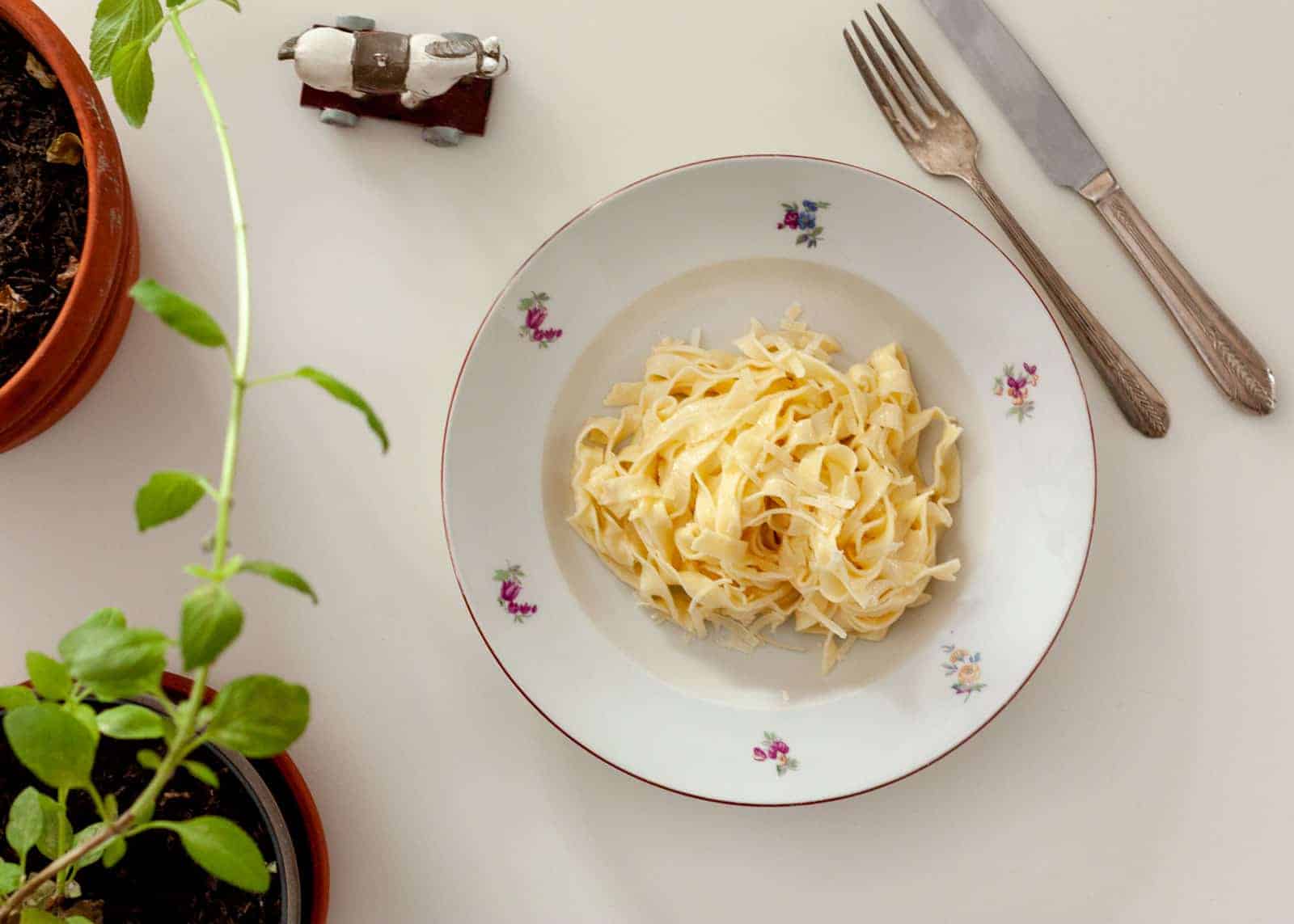