Many moons ago, the Etruscans loved the artichoke. The ancient Greeks even gave it a place in mythology. And the Romans, too, appreciated this fine vegetable. Whether Jewish style, alla giudia, or alla romana – both artichoke recipes from Italy's metropolis will impress with their intense taste.

The artichoke, prickly on the outside but with a tender heart, appears to have captured people's imagination since time immemorial. The Roman writer, Pliny, for example, told a story from the Arab world: a farmer's daughter saw a donkey eating wonderful thistles. She took some with her and tried out various dishes with them. They were a great success at the market. A prince tried the new delicacy and wanted to meet its cook immediately. When the beautiful farmer's daughter stepped in front of him, it was love at first sight for both of them.

Less fortunate was Cynara, the Greek nymph who stubbornly resisted Zeus' advances. As punishment for the rejection, he transformed her into a thistle-like plant – an artichoke. In Latin, the plant was actually called carduus, but it was colloquially referred to as cynara. This remains today as the botanical name of the artichoke.

Another punishment, however, brought inspiration in Rome's kitchens: the expulsion edict of the Catholic rulers of Spain drove thousands of Jews to Rome in 1492. They brought their own as well as Spanish cooking traditions into the Roman cuisine. Culinary researchers attribute the intensive use of olive oil to these influences. The carciofi alla giudia, which have been recorded in recipe books since the 16th century, are fried in olive oil, for example. The carciofi alla romana are steamed with water and olive oil.

Italian artichokes are divided into three varieties: the violetti (purple, large, elongated, with thorns) from Liguria, Veneto, Tuscany and Sicily; the romaneschi (round, large, without thorns) from Campania and Lazio; the spinosi (small, with thorns) from Sicily and Sardinia. The best variety for our recipes is the romaneschi, and among these the cimaroli would be our first choice. They are succulent, and it is enough to remove the outer hard leaves. Alternatively, you can use mammole. But because they are slightly fibrous on the inside, they are our second choice. If you buy artichokes, the colour should be intensive, without brown spots. You can also literally hear the freshness of the vegetables: If you rub two artichokes together, they should squeak . 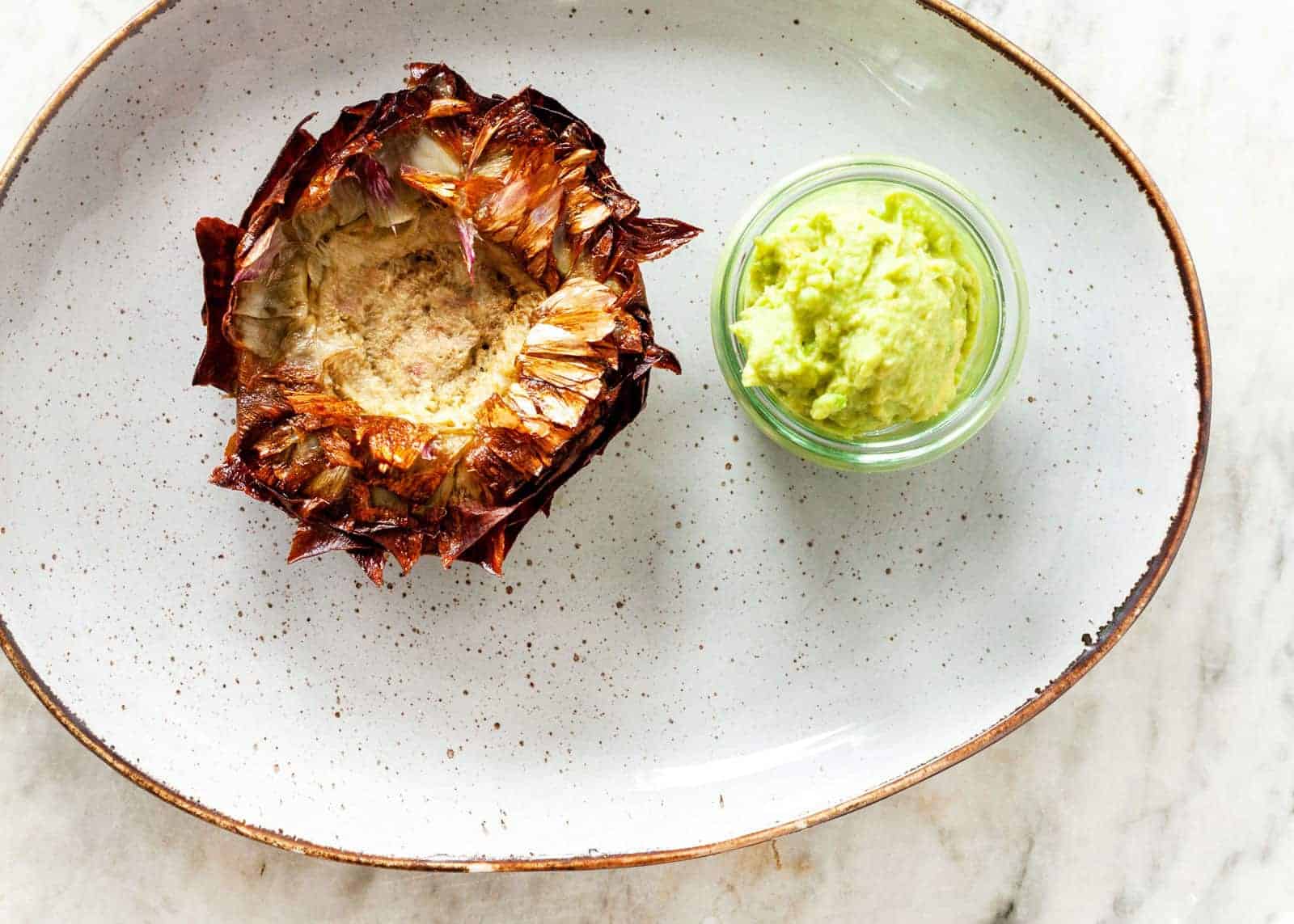 Artichokes in Jewish and Roman style

Ingredients for the Roman style: