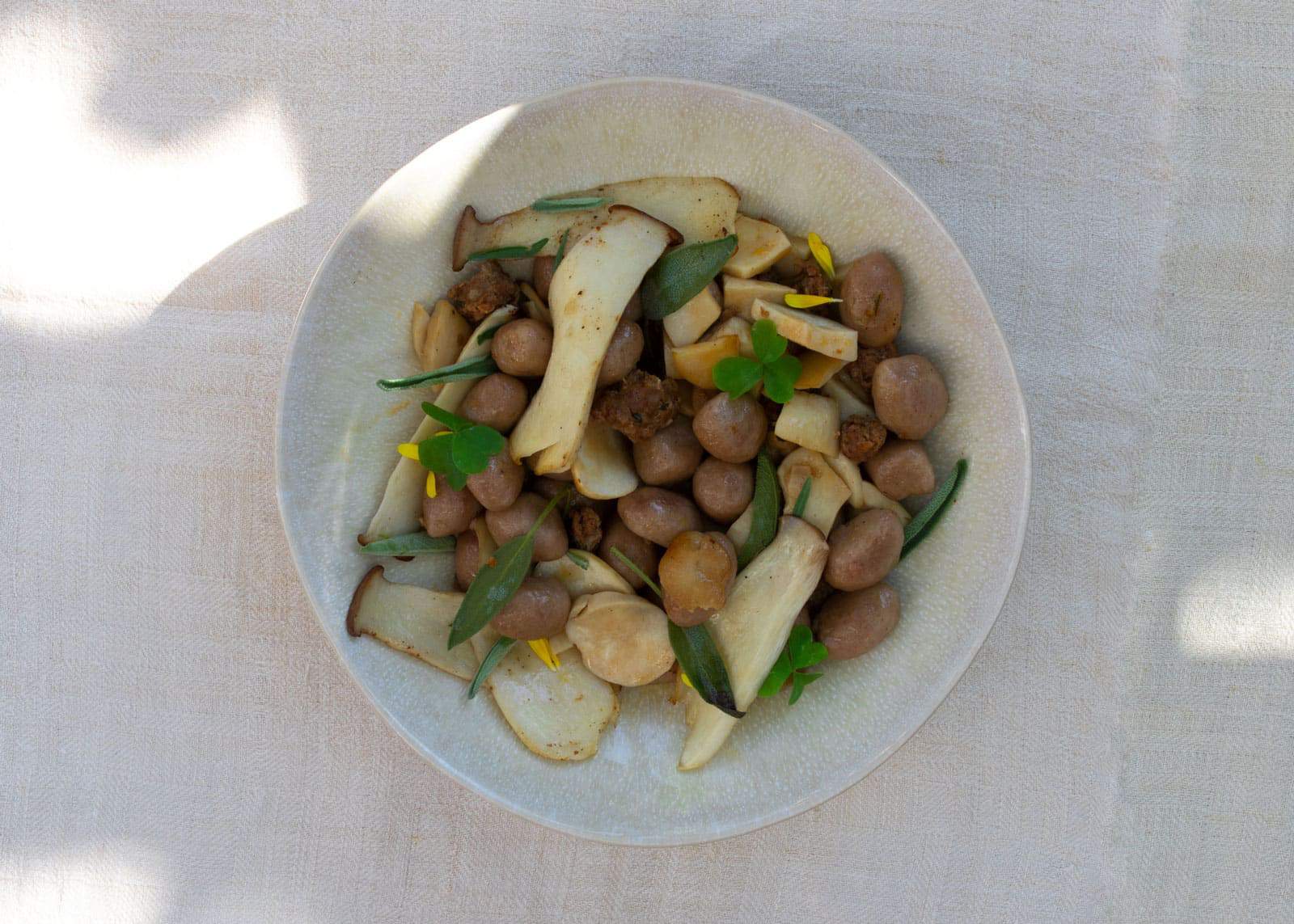 The sweet taste of chestnuts is as much a part of autumn as fresh mushrooms. Fried with luganega, a sausage specialty from northern Italy, they give the potato-chestnut gnocchi the right kick. A dish for lovers of hearty Italian cuisine.

From Trentino-Alto Adige to Piedmont and Tuscany, chestnut festivals take place in autumn. The noble fruit, which was formerly considered the “poor man's bread”, is an integral part of the regional cuisine. It can be found in desserts, baked dishes, pasta, soups, liqueurs and even in gnocchi. The more chestnut flour is in the gnocchi, the more intense it tastes. Then, it is best to serve the gnocchi with a more neutral sauce, such as sage butter. The rule is: the more subtle the gnocchi tastes, the heartier the sauce may be. Gnocchi with freshly cooked chestnuts are a little more complicated to cook, but are incredibly tasty.

In Italian, raw sausage is referred to as salsiccia, lucanica or luganega. Although these terms are used synonymously today, historically they do not mean the same thing. Cicero, for example, reported an exceptionally good salsiccia, a meat (ciccia) mixed with salt (sale) that slaves from Tuscany had prepared for him. The salsicce from Lucania in Basilicata, the lucanica, were particularly popular in Roman times. Roman soldiers brought the recipe with them to the capital. Both types of sausage were made from pork. The luganega is different as this specialty from Lombardy, Veneto and Trentino-Alto Adige also contains horse, sheep or goat meat. 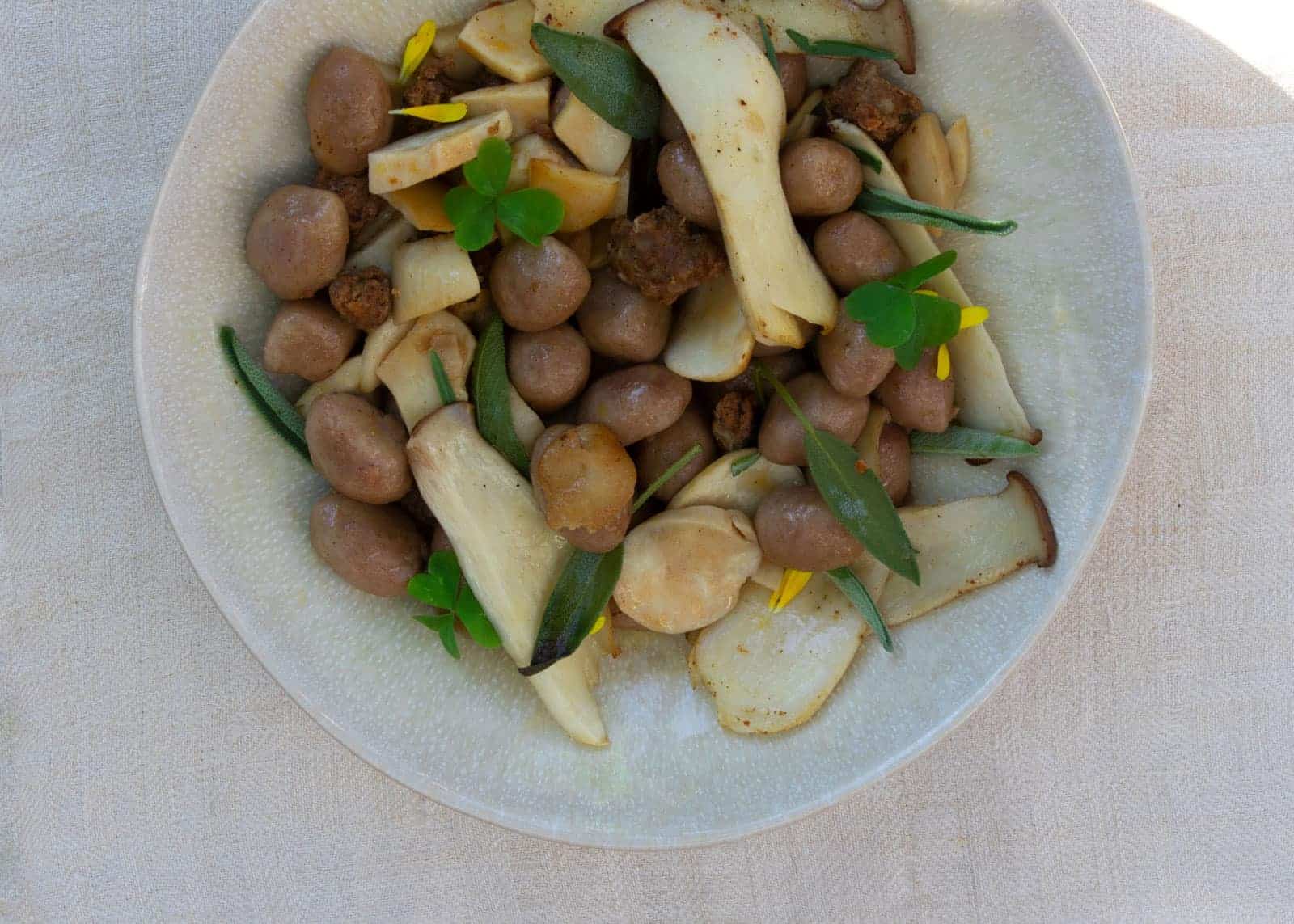 Chestnut Gnocchi with mushrooms and luganega

You will find raw, Mediterranean-spiced sausages at Italian delicatessens. Nowadays, well-stocked supermarkets also stock a variety of salsicce (usually vacuum-packed and thus with a longer shelf life) or ask your butcher for another similar type of sausage