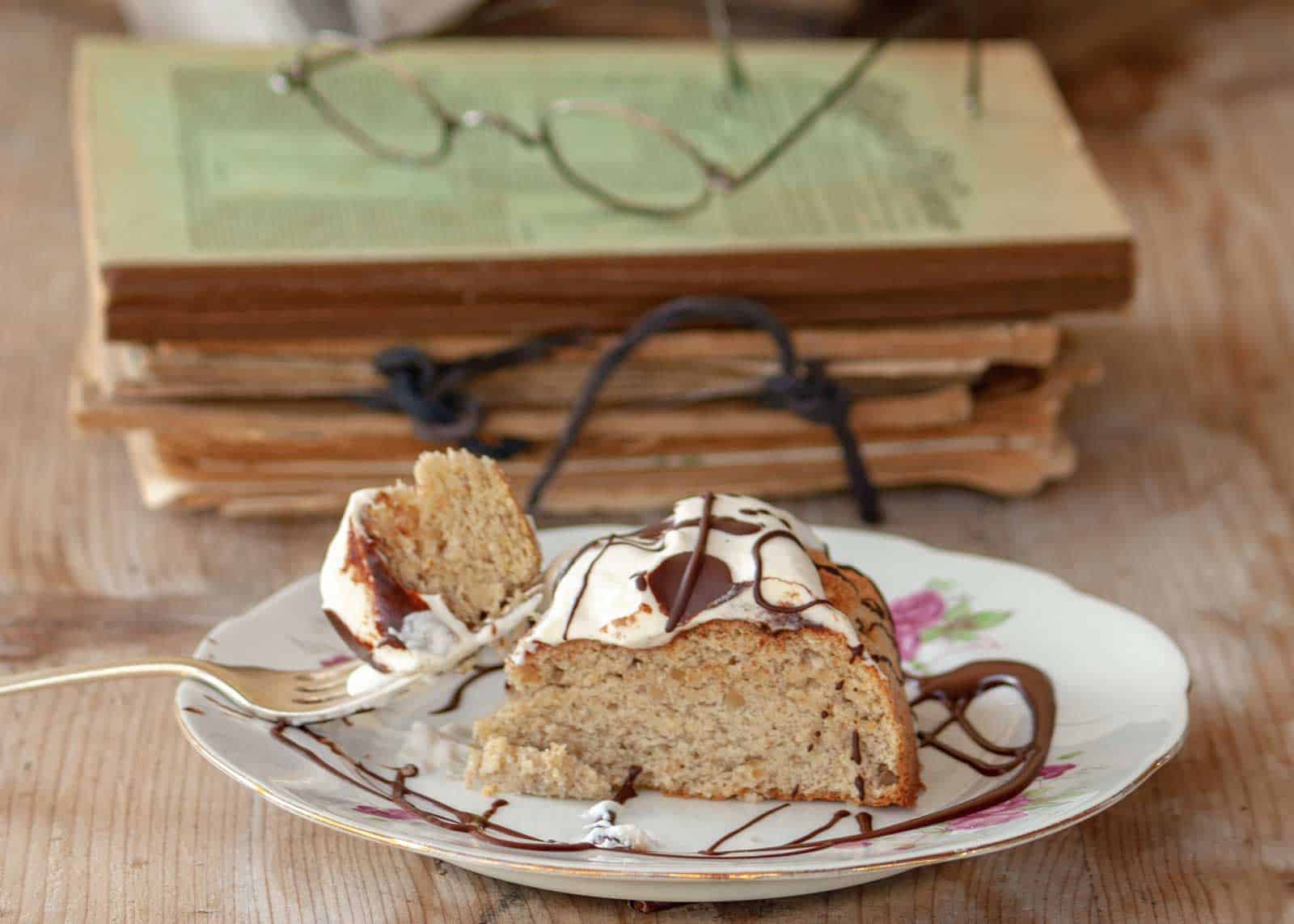 In Northern Italy, there are many desserts with chestnuts. Most of them, such as Castagnaccio, are prepared with its sweet flour, which gives the desserts a rather compact consistency.

In order to give the chestnut cake a luscious and fluffy texture, the idea was born to replace sweet chestnut flour with cooked chestnuts. One example is this wonderful chestnut cake. The recipe does not use butter or wheat flour, which means it is originally free of fat, gluten and lactose.
However, I must admit that the cake tastes best when accompanied by plenty of whipped cream and chocolate or unsweetened cocoa.

Tradition from the past

According to an old superstition from northern Italy, the person who puts the first chestnut sighted in their pocket will not catch a cold all winter.
As children, my brother and I truly believed in this and took it literally. So for us, there was only one chestnut that had the power to protect us against the common cold. As fate would have it, however, we often saw the same chestnut. And to get this one chestnut, we were both prepared to fight with hands, feet and teeth.
Maybe I really did not catch a cold in some winters, but I definitely had bruises!

A very old Italian autumn tradition is the Castagnata.
It is said that this tradition is closely linked to the life of Saint Don Bosco (1815-1888) from Piedmont. The founder of the Salesian order took care of children who were left to fend for themselves without any supervision.
One day, Don Bosco asked his mother, Margherita, to bring chestnuts for the children. But the woman had not found enough fruit to feed all the children.
But when Don Bosco took the sack - according to the legend - he was able to take so much fruit from it that every child was actually full.
For years, the Salesians remembered this gesture by giving the children sweet chestnuts. Later, the custom spread to the villages and became a common celebration.

This chestnut cake will keep fresh in the refrigerator for 3 to 4 days.